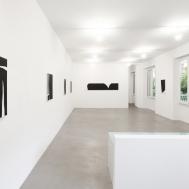 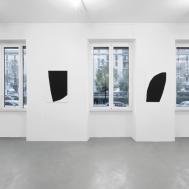 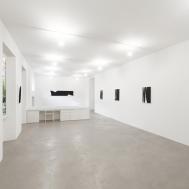 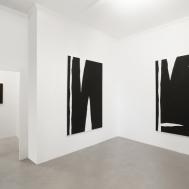 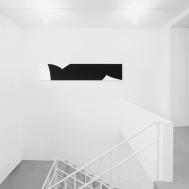 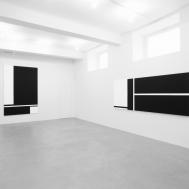 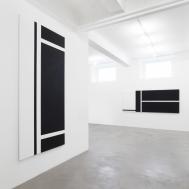 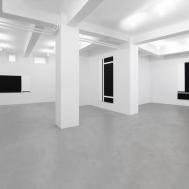 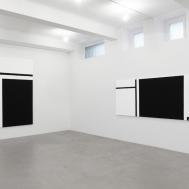 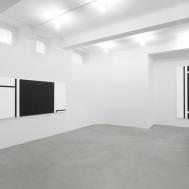 The A arte Invernizzi gallery opened on Tuesday 21 November 2017 at 6.30 p.m. a solo exhibition of works by Bruno Querci, highlighting the most important turning points in the artist’s creative career, with works from the 1980s interacting with some of his most recent creations.

Ever since he first started painting Querci, who led the way in the artistic current that Filiberto Menna referred to in the mid-1980s as astrazione povera, has brought to the surface of his canvases a complex play of perceptive weights, in which the distribution of the various planes brings about a complex and ever-different state of balance.

Works like Incombente (1985), Insieme (1985) and Pittura (1985), on the first floor of the gallery, show how the artist tended to pin down the “confines of an ever-evading form” right from the embryonic stage of his artistic research. The relationship between the visible and the invisible, which remains a fundamental subject of reflection also in his recent works, starts out from the void. In other words, from the decision to reduce, and thus to build up by subtracting elements on the surface. The idea of painting that emerges from works like Minimo (1986) and Luogo (1985) is one of a potential dialogue with infinity, in which light defines and brings about a semblance of forms, while also giving us the ability to perceive the tactile value of the colours in ways that are always different. Querci applies a number of layers of paint, black and white, but this is a process that has the “effect of nullifying the texture of the canvas, creating surfaces as though devoid of any material support”.

His recent works, which are being shown for the first time in this exhibition, are more radical in their approach, appearing more geometrically essential to the eye of the viewer. The works shown on the upper floor in conjunction with Geometricoluce (2017), Geometriconaturale (2017), Dinamicoforma (2017) and Goticonaturale (2017), show even more clearly how the artist has delved ever deeper into this description of a potential dialogue with infinity. Here, form is structured to such a point that it becomes as one with the intrinsic absence of form itself. Querci has let himself, and still lets himself, be led by the need for what appears to guide ”the artist’s hand until formless form appears, setting him and the work free. He is driven by that necessity until he manages to want what the necessity of the work imposes upon his own wishes”.

On the occasion of the exhibition a catalogue has been published, with illustrations of the works on display, an essay by Davide Mogetta, a poem by Carlo Invernizzi and updated bio-bibliographical notes.