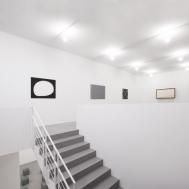 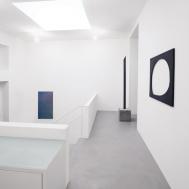 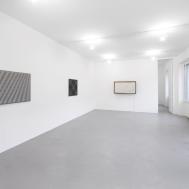 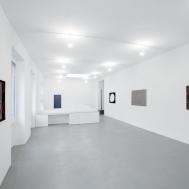 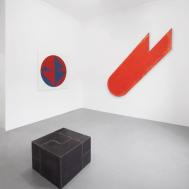 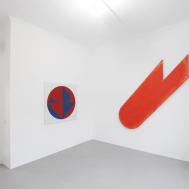 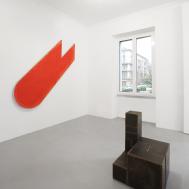 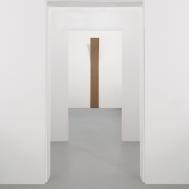 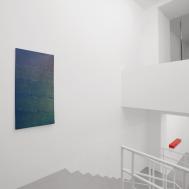 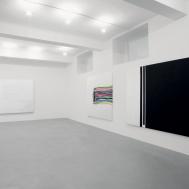 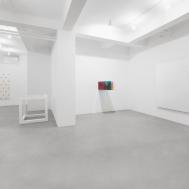 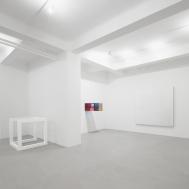 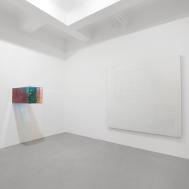 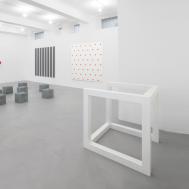 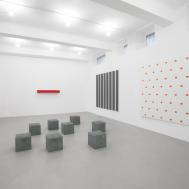 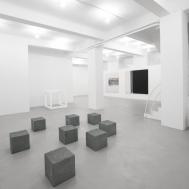 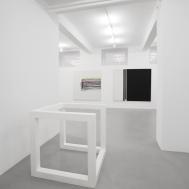 The A arte Studio Invernizzi galler opened on Tuesday 11 December 2012 at 6.30 p.m. the exhibition Genesis of Doing which explores the evolution of a direction of contemporary which favoured the formation of a new expressive grammar starting out from the synthesis between colour, pictorial act, matter and form.
The work that opened the exhibition is entitled Contrasti simultanei drammatici, created by Mario Nigro in 1955, an artist who from the close of the 1940s looked to the origins of a non-objective experience as the means for questioning himself about the essence of human existence.
On the upper floor the works by Enrico Castellani, Gianni Colombo, Dadamaino, François Morellet and Grazia Varisco proposed themselves as hypotheses of the passing through and superseding of the image, as the threshold that opens itself to the knowledge of everything beyond the 'borderline' of bidimensionality in order to once again find communicative force with still newer energy. This research that sank its roots in the cultural climate of the 1950s in Europe and Milan, did not exhaust its stimuli but found new keys for reading and expression in the works by Rodolfo Aricò and Carlo Ciussi, produced between the end of the 1960s and the beginning of the 1970s, exhibited in the gallery in the second room of the upper floor, imbued with a continuous tension of the project which investigates forms and colours in a synthesis that tends towards the universal. In the same way the sculptures by Nicola Carrino, closely tied to the idea of construction and deconconstruction, and Mauro Staccioli, characterised by the geometrical essentiality of the structures, are plainly stated as the result of a reflection treating the same idea of sculpture, reread within a perspective that looks to the future, losing its self-referential entity and becoming an element specifically ideated for the place where it will be put, in this way responding to a need for interpenetration and individuality.
The third room on the upper floor houses works by David Tremlett who, with the line of pastel on paper, created delicate equilibriums of verticality and horizontality amidst elementary geometrical forms, whereas Lesley Foxcroft explores the artistic expressiveness of materials forming part of daily use such as paper, card and M.D.F. (Medium Density Fiberboard).
On the Gallery's lower floor the works by European and American artists like Alan Charlton, Sol LeWitt, John McCracken, Ulrich Rückriem and Niele Toroni reflected upon the possibility of an essential and synthetic gesture which passes through the exhibition space. The use of a reiterative element of analysis, such as the brush marks on the part of Niele Toroni, the grey canvases of Alan Charlton or the selection of Dolomitic stone in primary forms by Ulrich Rückriem, becomes the stylistic particularity of a research work that due to the tie which exists between the work and the desire to create by the individual artist is differentiated from the primary structures of the American Minimal Art of Sol LeWitt and John McCracken.
In another section of the same floor we found the most recent results of this exhibition course. The works of the artists from the 1980s characterised by the reflection on space by Bruno Querci, who transfers a delicate equilibrium of white and black grounds onto the canvas, by Nelio Sonego who on the white background transcribes energetic vibrations by way of the lit acrylic colours, and by the éclairages by Michel Verjux which investigate environments with their projections. These works lead us to the 1990s and to a further reflection expressed in the 'holing' gesture carried out by Riccardo De Marchi on the surfaces of plexiglass, as also with the use of architecture as the fundamental part of the work by Francesco Candeloro. In fact, these works express an equal number of possibilities for the reading and development of an artistic investigation that is continuously in fieri.

A bilingual catalogue has been published on the occasion of the exhibition with the reproductions of the works, an introductory essay by Daria Ghirardini, a poem by Carlo Invernizzi and biographical notes.