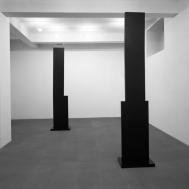 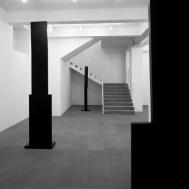 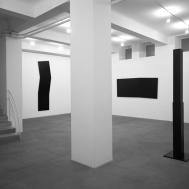 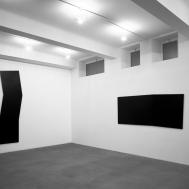 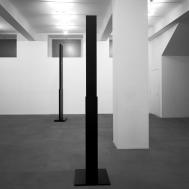 A arte Studio Invernizzi gallery presented on Friday 22 September 2006, on the occasion of START, a contemporary art event conceived and organized by 31 Milanese galleries, a solo exhibition of Igino Legnaghi who created a new series of works realized in specific connection with the space of the gallery.
“... Igino Legnaghi is part of the tradition of mathematical harmony, something that derives from the spirit behind ancient philosophy and from ancient theories of architecture, things that for over 2500 years still survive in Western thought. He follows an uninterrupted line of European artistic theory which considers that there exist rules of beauty and of idealness that can be represented through modules, numbers, and proportions of masses and which can be found in such things as fundamental geometric forms. This harmonious model of thought began with Pythagoras, continued with Plato’s Timaeus and Polyclitus’s rules of sculptural beauty, and was further continued in the theories of the Roman architect Vitruvius whose ideas were taken up again by Leon Battista Alberti during the Renaissance and then by Andrea Palladio.”
On the occasion of the exhibition a trilingual catalogue that contains an introductory essay by Klaus Wolbert, a poem by Carlo Invernizzi, a letter by Giorgio Cortenova, the images of the works displayed in the gallery and bio-bibliographical notes has been published.