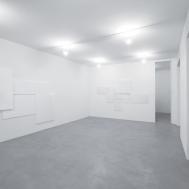 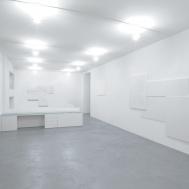 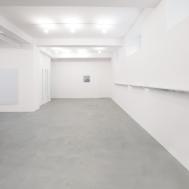 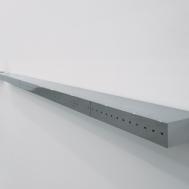 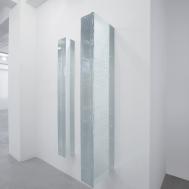 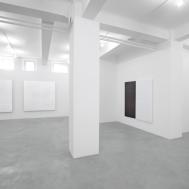 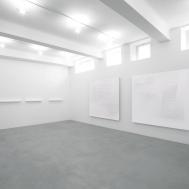 The A arte Studio Invernizzi gallery opened a solo exhibition of works by the artist Riccardo De Marchi at 6.30 p.m. on 24 May 2012.
After the exhibition of 2011 at MACRO in Rome, the artist is now showing works specially created for the exhibition space in the gallery.
“The ‘Missing Parts’ exhibition includes a number of works in mirror-finish stainless steel, aluminium, plexiglas and polyethylene. The title refers to a work with a decidedly sculptural look, consisting of aluminium ‘shavings’ which are placed at the centre of one of the rooms. These are the parts that are subtracted and removed during processing and that the artist wishes to focus on precisely because they are the metaphorical, but also physical, outcome of the act of perforation. Le parti mancanti (“The missing parts”) are what is removed, which is then restored and relocated, as though recreating a balance of forces that becomes an integral part of the exhibition as a whole, even though transformed from the original in both form and substance.”
Spazio bianco (“White space”), on display in the first room on the upper floor, is a work that consists of plexiglas shapes in various formats and, in the second room, Le parti mancanti is the work which gives the exhibition its title.
On the lower floor there were two blocks of transparent plexiglas which penetrate the gallery wall, giving rise to the work entitled Attraverso (“Through”).
De Marchi’s hole-trace-script is not intended as a purely mental and physical space but more literally as a “place” where, by impressing, tracing out and retracing an action, art becomes the recovery of the multiple, finite concrete materiality of reality.
De Marchi’s perforation-script returns the trace of the artist’s passing to a mental, metaphorical and especially physical journey that transforms the absence of material into presence. It does so as part of a journey in which what is perceived as missing does not actually disappear but finds another place where it can bring out its own existence.

A bilingual catalogue hs been published for the exhibition with illustrations of the works on show, an introductory essay by Antonella Soldaini and an updated bio-bibliographic section.